Building an A Team

Building an A Team 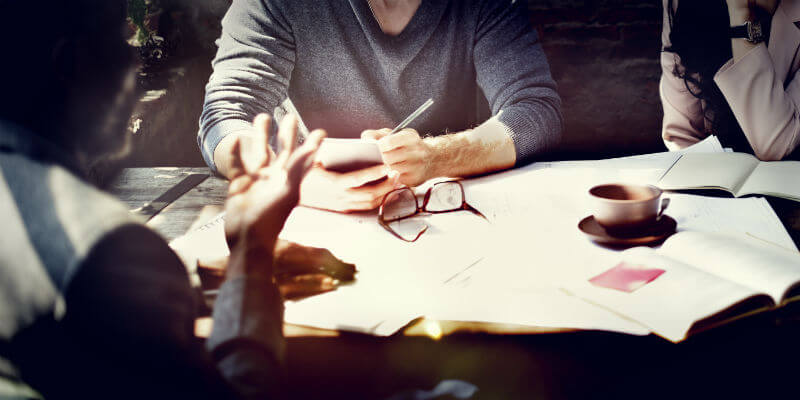 When two plus two equals five

Individuals are often credited with successes. But if you look just a little closer you will see that successful individuals surround themselves with a working team. A team that complements their skills – and creates the 2 + 2 = 5 energy we call ‘synergy’.

The story of any successful operation will have at its core a close-knit team of two or three – or sometimes as many as seven – people, fired up by a shared vision or cause. Ever wondered whether synergy really works like this? There’s a great story about a small logging town that used a single horse to cart logs to the mill. One horse could pull approximately two tons. But when they added a second horse, the maximum load increased to over five and a half tons – not twice, but nearly three times the weight! Two heads are not only better than one – they’re even better than two!

Whom do you need on team?

The team needs to have a driver. Preferably, that’s the person with the vision: the picture of what you want to achieve, the goal or the desire. If that’s you, then you need to gather a team around you. People who will share your vision. And people who will add the skills and strengths you feel you lack, so that the vision can begin to move towards fulfilment.

I suggested that a successful enterprise requires a triangle of complementary people:

• Capitalists – or resource mobilisers and

Three in a team is a good number. A triangle balances well – with the right mix of people... If you are a Conductor, you might look for a Creative and Capitalist to work with you. The Creative will bring ideas on how you can work better, improve your product and communicate with the market. The Capitalist will provide the finance and momentum to propel the systems that you, as Conductor, may put in place.

When I first started syndicating property development, I had the vision and ability to sell the project. But I lacked experience in managing the process that would bring the project to a successful completion. I built a small team of people around me who had the experience I lacked in finance, building and engineering.

Even today, I have an A-Team of five people with whom I work intimately. We all get along well, we have the same core values and we believe in what we’re doing together. We meet on a regular basis to discuss our goals and ambitions – as a group and as individuals.

I encourage you to begin to gather your own A-Team around you. People who:

• Complement your skills and strengths – but also

• Share your core values and vision. If integrity is one of your core values, then all the people on your A-Team must have integrity... And you must agree on the goals you will be pursuing together. Don’t worry too much about how you’re going to get there: that comes later. Just agree first of all that you want to do something – together – and that you are committed, together, to being successful.

This sharing of core values and vision is so important. There are many people whose paths will cross yours – but not many who will walk alongside you on your journey... Shared values and vision makes it possible to have pride, respect and trust in your team.

When it comes to team sport, there are few more successful teams in Australia than the Brisbane Lions, who won the Australian Football League Premiership in 2001, 2002 and 2003. They are coached by Leigh Matthews, a legend of the game in his own right: member of the AFL Hall of Fame and its ‘team of the century’. The amazing thing is that when Leigh took over, this was a team that for ten years had finished last or second last on the AFL ladder...

In my own A-team, we work on similar principles. We pride ourselves on our integrity – and unashamedly take offence at anyone who criticises or undermines it. We respect each other’s contribution to the team, and respect one another’s different views and operating styles, and we reflect this in the way we relate to each other – however rough-and-tumble our sense of humour may be. (We are Aussies...) And, on the basis of shared goals and long experience, we trust that the person who has been given a job to do will do it.

We don’t duplicate tasks, or constantly check up on each other: we let the synergy work. I once had four guys attend one of my Untold Wealth weekend workshops. They had known each other since their school days, and were close friends, but they hadn’t actually done any business together. I went through some stuff about A-Teams – and they decided on the spot to put themselves together as an A-Team and ‘go do things’. They established that they had the same core values, but that each had different business skills and strengths to bring to the table. They sat down to discuss their purpose and goals (‘what could we do together?’) and came up with a two-fold mission: to be financially successful and to put something back.

In the years since, these four guys have made hundreds of thousands of dollars out of their own real estate businesses and have now set up an Australia-wide company in a niche market in building services. Meanwhile – from day one – they set up the MAD (Make A Difference) Foundation, which has raised hundreds of thousands of dollars for selected charities.

Success doesn’t necessarily begin with a great idea or a leg up from someone else. Sometimes it begins with a bunch of people sitting down and asking themselves: ‘What can I do? What can you do? What can we do together?’

Start to set up opportunities to chat informally with some of these people, to share your success goals. Tell them what you want to achieve. Be eager to gather any tips, ideas or contacts they might have that might help you. This will be valuable in itself – and it may also pave the way for a team to begin to form. Who might want to ‘come in with you’ on a project? What can you each bring to the party? Put yourself out there: you might be surprised what will emerge...

Does this mean that you have to know all the right people?

In fact, once you get going and have begun to form definite plans for your success journey, you won’t necessarily need to know the people you’ll gather into your team. You may even be better off approaching people you don’t know – because they are more likely to respond to your ideas than to your past history in the field (which may be zero...)

You may have some referred contacts, or people you are only aware of by reputation, who you think you’d like on your team. One of the great things about going through the process of building relationships in search of your A-Team is that it throws up so many contacts and opportunities for more relationships!

You may have heard of ‘six degrees of separation’: it’s based on the idea that everyone in the world is connected by just six person-to-person connections – A knows B who knows C who knows D and so on. (Within Australia, I reckon we’re only three or four connections away from anybody – including your Kerry Packers and John Howards.)

Start with a friend of a friend – and within a few steps, you could have an introduction to a Who’s Who of opportunity... But you have to make it known that you’re looking for connections. I recommend that you use the phone to set up appointments, and then go to see your ‘target’ person – in person – to talk about your plans, what help you are looking for and what you might be able to offer in return.

The most important thing, once you’ve got this far, will be to draw up a clear plan or ‘charter’ of what you are looking to achieve. This will give you clear parameters for talking to potential collaborators. It will give them a kick-off point for thinking about contacts and opportunities they may be able to put your way – and (looking further ahead) it will begin to identify budgets, roles and what they might be able to look forward to if they are going to be sharing in part of the profits...

Meeting with your A-Team

Once you have a core internal team in place and you’ve agreed what it is you’re going to be doing, I recommend that you get together regularly – perhaps once a month, initially – to touch base and keep the ideas and relationships fl owing.

In my case, my core A-Team are all in the one office complex (which helps!). We meet every morning at 8.30 and talk about what’s going on. If we’ve got nothing to talk about, the meeting goes for three or four minutes. If there’s something to talk about, it goes for anything from half an hour to a maximum of two hours. It’s a discipline. And even if we think there’s nothing to talk about, ideas happen: ‘Hey, you know who I met...?’, ‘That reminds me, I spotted...’, ‘How about if we...?’